Greetings all, a lot has been happening in the last month and I want to bring you all up to speed. This may turn out to be fairly lengthy so you will likely just see the first part and need to click a link to see the whole article. The link will likely take you to either Dustin’s blog or the OSTA website, if we can get it posted there in a timely manner.

As many of you know, there was a big shake up in the ODOW the first and second weeks of July. Chief Petering was, in his words, “fired”.  Shortly after that came the de-classification and re-assignment of assistant chiefs Scott Hale and Suzy Vance. A few days later, five of the top administrators in the ODOW were re-assigned. With one exception all of those re-assigned were sent to Parks and Watercraft which is another division of the ODNR.

Our new ODOW chief is Mike Miller, a long time wildlife officer and most recently, I believe, an administrator with Parks and Watercraft. The new assistant chiefs are Scott Sharpe and Mike Luers. Scott is actually our former wildlife officer and still lives a few miles away from me. He also worked in DNAP and most recently in Parks and Watercraft.

Meetings were scheduled right away so group leaders could meet and talk with the new staff. I met with these three gentlemen plus ODNR Assistant Director, Gary Obermiller. I have had conversations with many people after this meeting and I need to clarify something right now. Call it a misunderstanding, taken out of context, third party confusion or whatever you want, but is was printed in an outdoor column last Sunday that I said the new administrators were very uncooperative. I want to clear the air right now, neither did I say that, or could that not be further from the truth. It would be a very unfair statement to make against this group of individuals. We, the OSTA, have always had a great working relationship with the ODOW when it comes to our concerns and projects and there was no indication from Miller, Sharpe or Luers that would lead me to believe that would change. All three of these men and AD Gary Obermiller seemed genuinely interested and even excited about continuing our current projects and possibly even exploring any new opportunities. Chief Miller was invited to speak at our business meeting at the convention next month.  I do not have a firm commitment yet but as long as his calendar is clear I’m sure he will be there. Even though part of the team that was scheduled to make a presentation on bobcats was reassigned to Parks and Watercraft, I’m sure there will be people there to talk about that subject and hopefully give a presentation. It would be a great opportunity for all of you to ask questions and get answers.

That was the easy part. As far as business related issues, non-trapping specific, I didn’t come out of the meeting with any real answers. And from talking to others who had similar meetings their results were the same. You all know we have sent out a lot of information that has been very critical of the events of the past few months.  I admit that I myself have been very critical and will remain so until we see solid plans and actions. I have made the offer to disseminate any information they have as far as plans or actions, and we will, as soon as we receive them. They were still working on them at the time of our meeting. I’m sure by September 8th we will have something solid. As far as an explanation of why there were such sweeping and drastic changes made, I doubt we ever will have that answer. Quite honestly that is a personnel issue and they are not required to answer to us. Even though it really is none of our business, a solid explanation would be a big benefit since the way it was orchestrated has caused a lot of mistrust and even a divide – we know that and they know that. They also know they have a long road ahead of them to regain that trust and remove the divide.

It was reiterated, there will be no diversion of funds and no merger. We have heard this before and it didn’t ring true. In light of the methods used in the aforementioned moves (the re-assignments almost totally to Parks and Watercraft with no explanation and the lack of an explanation of what they feel needs fixed and how they plan to fix it) I would suggest all of you move ahead in a cooperative effort with the new staff but do so very cautiously and critically. When enough time and information has been passed to prove that the sportsmen, and their dollars, are in good hands things can get better. They know they will be watched closely and we know that too. I think maybe a little bit of a reality check is already hitting home and I’m sure it will continue. A lot of things will be offered to a lot of groups.  If these things are feasible, responsible, and affordable I’m sure everybody will jump at the opportunity and rightfully so. Of course a bobcat season and statewide otter season came up in our conversation.  These are things we already had initiated with former ODOW staff and will continue to work on, as well as continuing the muskrat and gray fox studies already in progress.  All in attendance seemed very favorable to this course. Another thing that I discussed with the Information & Education staff the day after the state fair was over was a new trapper’s cabin. With the rebuild of the archery and air gun range there is now a big empty spot between the new building and the fish cleaning house. This is an excellent spot for a new cabin. More educational displays could be built and there is a tremendous amount of foot traffic in that area. As we move forward and foster a relationship with the new ODOW staff this is an item we will add to the list.

I know this is awfully long winded for an e-news but all of you needed updated and an apology of sorts was due to the new staff for the comment attributed to me. I am looking forward to a good working relationship with them and look forward to seeing all of you at the convention in Millersburg. 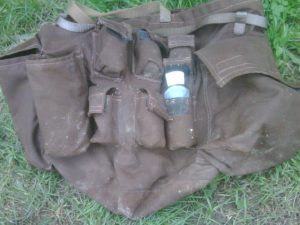 Time for the summer time blues for us trappers. One thing to do for sure is to make sure you have all the supplies you need before you head out. Nearly one of the worst feelings to have before the season begins is the one where you realize you did not obtain enough bait, traps, snares, wire, etc. Now most supply houses have turned into mad houses as new trappers coming in and the procrastinators start ordering supplies and they are swamped or already out trapping!

If you have an item that you are having a hard time finding, you may want to click the Trapperman.com/Supplier Search in the navigation bar to the left. Currently there are 80 or so vendors on that search and someone ought to have that odd item you are looking for.

Vendors! If you want to be on that search, you can click go here: Contact Us.  Fill that out with your website’s address and I will get you on the list.

Welcome to WordPress. This is your first post. Edit or delete it, then start blogging!